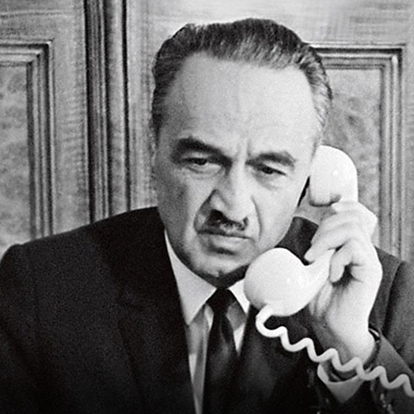 Anastas Mikoyan was born in 1895 in Sanahin village and became a Bolshevik revolutionary in his early life. He was a strong Stalin supporter after Lenin’s death and held different important governmental posts including minister of Foreign Trade. He got an even more prominent role when Khrushchev came to power and was even considered the second most powerful figure of the Soviet union. Mikoyan played a key role in the negotiation between the USA and the USSR during the Cuban missile crisis, earning him international stature.
Artem Mikoyan was born in 1905 and had an early interest in engineering. After military service he joined the Air Force Academy where he build his first airplane. He became head made head of a new aircraft design bureau in 1939 together with Mikhail Gurevich. The Mikoyan-Gurevich design bureau produced a series of MiG fighters that would serve in World War II. After the war Mikoyan-Gurevich started building jet fighters that were very successful. The most famous aircraft Mikoyan designed was the MiG-21 which became the most produced military aircraft in history.