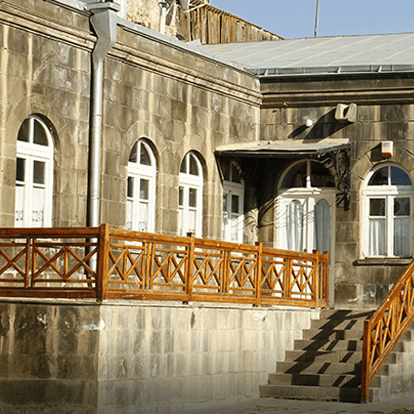 Isahakyan was born in Alexandropol in 1875. He received his education at the Kevorkian seminary in Echmiadzin, and later at the University of Leipzig, he studied philosophy and anthropology. Avetik Isahakyans most famous works are Yerqer u Verqer (Songs and Wounds), Abu Lala Mahari etc. The poets works have been translated in many languages and his poems have been used as lyrics for new songs. His house museum is located in Varpetats street 91. The house was built by the poets father in 1829. In October 2002 the house museum was reconstructed and was reopened with funds of the Armenian Government and Gyumri municipality. The house museum is furnished just as it looked the way when Isahakyan lived there. You can enjoy your museum tour with the help of the museums local guide.