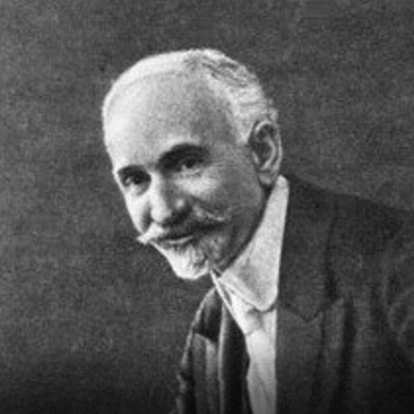 Hovhannes Tumanyan was an Armenian poet, writer, translator, literary and public activist. He is considered the national poet of Armenia.
Tumanyan wrote poems, quatrains, ballads, novels, fables, critical and journalistic articles.His work was mostly written in realistic form, often centering on everyday life of his time.
Born in 1869 in the historical village of Dsegh in the Lori region, at a young age Tumanyan moved to Tiflis, which was the center of Armenian culture under the Russian Empire during the 19th and early 20th centuries.He soon became known to the wide Armenian society for his simple but very poetic works.
Many films and animated films have been adapted from Tumanyan’s works. Two operas: Anush (1912) by Armen Tigranian and Almast (1930) by Alexander Spendiaryan, were written based on his works.He also He also created lyrics, fables, epic poems and translations into Armenian of Byron, Goethe and Pushkin.
Tumanyan is usually regarded in Armenian circles as “All-Armenian poet”. He earned this title when the Catholicos of Armenia had ordered that Armenian refugees from the west not enter certain areas of his church and house, since he is considered to be “The Catholicos of all Armenians”. Tumanyan in response decried that decision claiming that the refugees could seek relief in the Catholicos’ quarters under order of “The Poet of all Armenians”.