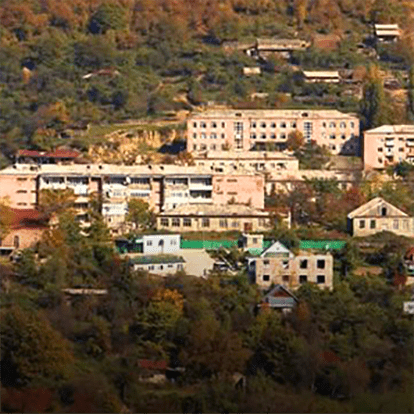 Shamlugh is a small town located in Lori Province in the northeast of Armenia. It is situated on the left bank of Debed River, at a road distance of 196 km north of the capital Yerevan and 63 km north of the provincial centre Vanadzor. According to the 2011 census, the town had 700 inhabitants, while the 2016 official estimate shows the current population is around 500. The nearby villages of Bendik and Verin Akhtala are also part of the community of Shamlugh.Surrounded by thick forests and meadows, Shamlugh has a subtropical climate, with dry cool summers and mild winters.Shamlugh is located near the border with Georgia, and is 7 km west of the Vanadzor-Tbilisi highway (Armenia’s M-6 motorway).

In the territory of the town there are remnants of some settlements dating back to the 13th century  and tombstones from 2-1 millennium BC.