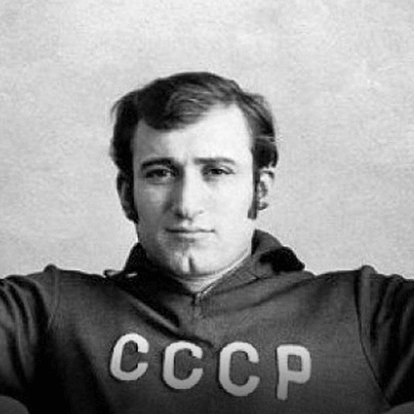 Shavarsh (Vladimirovich) Karapetyan (born May 19, 1953) is a retired Armenian finswimmer, a World and European champion, best known for saving the lives of 20 people in a 1976 incident in Yerevan.
Karapetyan was born on May 19, 1953 in Armenia’s third largest city of Kirovakan (now called Vanadzor), then part of the Soviet Union. His family moved to Yerevan in 1964, where Shavarsh finished eight years of school and then attended a technical school for auto-mechanics. By the advice of family friends, he started to learn swimming at a young age. He later switched to finswimming. In 1975-1976, Karapetyan served in a Soviet Air Defence Forces base in the Baku military district.
Karapetyan, Honored Master of Sports of the USSR, ten-time finswimming World Record-breaker, is better known in the former USSR for an incident which occurred on September 16, 1976. On that day, training with his brother Kamo, also a finswimmer, by running alongside the Yerevan Lake, Karapetyan had just completed his usual distance of 20 km (12 mi) when he heard the sound of a crash and saw a sinking trolleybus which had gone out of control and fallen from a dam wall.Karapetyan swam to it and, despite conditions of almost zero visibility, due to the silt rising from the bottom, broke the back window with his legs. The trolleybus was crowded, it carried 92 passengers and Karapetyan knew he had little time, spending some 30 to 35 seconds for each person he saved․
Karapetyan managed to rescue 20 people (he picked up more, but 20 of them survived), but this ended his sports career: the combined effect of cold water and the multiple lacerations from glass shards, left him unconscious for 45 days․ Subsequent sepsis, due to the presence of raw sewage in the lake water, and lung complications prevented him from continuing his sports career.
Karapetyan was later awarded a UNESCO “Fair Play” award for his heroism.