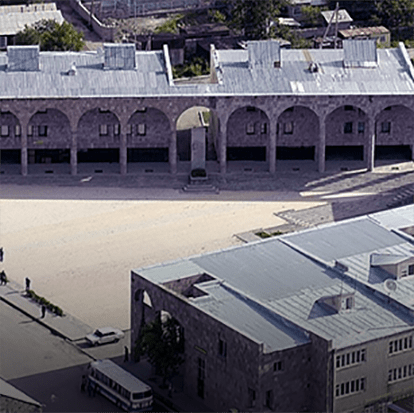 Spitak is a town in the northern Lori Province of Armenia. It is 96 km (60 mi) north of the capital, Yerevan, and 22 km west of the provincial centre, Vanadzor. Spitak was entirely destroyed during the devastating 1988 earthquake, and it was rebuilt in a slightly different location. As of the 2011 census, the population of the town is 12,881. The settlement was founded during the 17th century and was known as Hamamlu, meaning ‘bath” in Persian, as the area had many historic baths. In 1949, it was renamed Spitak, meaning white in Armenian because of the presence of white limestone rocks in the area.

Spitak is an important hub for transportation in the Republic of Armenia. The M-3 Motorway that connects Yerevan with Tbilisi passes through the town. The M-7 Motorway starts from Spitak and connects Gyumri with Vanadzor. Spitak railway station is located almost halfway between Yerevan and Tbilisi.

The only church of the city is St. Resurrection monastery which houses many khackkars and monuments, dedicated to the martyrs of Artsakh (Nagorno-Karabakh) War and the Armenian Genocide

On the nearby Sardar hill there is an archeological site which includes many remnants of a Bronze Age settlement.