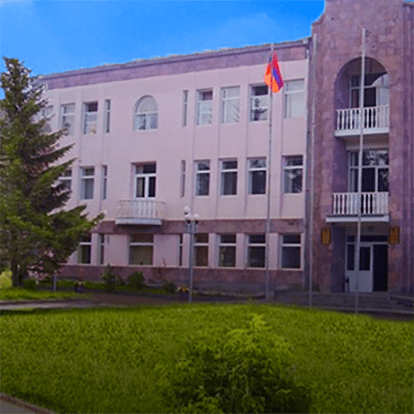 Stepanavan is a town in the Lori Province of Armenia. It is located 139 km north of the capital Yerevan and 24 km north of the provincial centre Vanadzor, in the centre of Yerevan-Tbilisi highway. As of the 2011 census, the population of the town is 13,086. Due to its location on the shores of Dzoraget River among the forest of Lori plateau and Bazum mountains, Stepanavan is considered a resort town in northern Armenia.

The area of modern-day Stepanavan was first settled during the 4th millennium BC. The remains of an ancient fortress is found in the western edge of the town dating back to the 3rd millennium BC.

Stepanavan is a health resort known for its pine forests and mountainous climate. The essential oils, isolated by coniferous trees, possess strong bactericidal properties; therefore mountainous air of Stepanavan, filled with the aroma of pine tree, is useful for patients who suffer from respiratory problems.

The central square of the town is home to the town hall, the cultural palace and the Stepan Shahumyan museum.

The town is a famous gateway to several historical monuments, like the remains of Tormak Church from the 5-6 centuries in the nearby village of Gyulagarak and Lori Fortress of the 11th century, which was the centre of the Kingdom of Tashir-Dzoraget.

The Holy Saviour’s chapel of the 13th century. Surp Nshan chapel of 1871, and the Russian Saint Nikolai church in the nearby village of Amrakits are also worthvisiting during your stay in Stepanavan.Attractions in and around the town include also Dzoraget Canyon, a popular recreational destination and Stepanavan Dendropark, a 35-hectare botanical garden with a broad range of tree species from many regions.