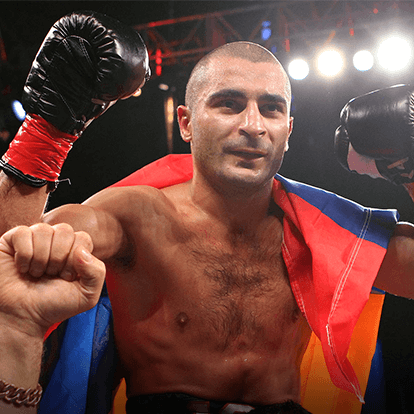 Vakhtang “Vic” Darchinyan (born 7 January 1976 in Vanadzor, Lori Province) is an Armenian professional boxer. He is a former two-weight world champion, having held the IBF flyweight title from 2004 to 2007, and the unified WBA (Super), WBC, IBF, and lineal super-flyweight titles between 2008 to 2010. Additionally, he has held a record four IBO titles at flyweight, super-flyweight, and twice at bantamweight between 2005 and 2011. A southpaw boxer with a highly unique fighting style and formidable punching power, Darchinyan became the first Armenian to win a world title in 2004.